An Immigrant Helping Other Immigrants

​Find out what can be done for you or your loved ones. 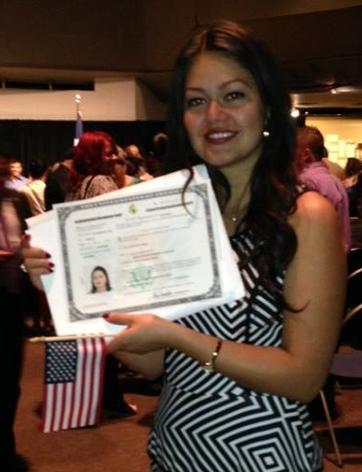 Marlyn P. Moreno is the founder of Moreno Law Firm, PLLC. Marlyn was born and raised in Colombia. Marlyn became a Colombian attorney in 2004. While a law student, Marlyn represented the needy in her law school clinic and also represented her university in human rights competitions. In Colombia, Marlyn worked defending home-owners in foreclosure proceedings until she immigrated to the United States.

In the United States, Marlyn earned her Master in Law Degree from St. Mary's University in 2012. While in  law school, Marlyn worked as a clerk in an important San Antonio criminal law firm. Once she graduated, Marlyn obtained her law license in New York. Prior founding The Moreno Law Firm, PLLC, Marlyn worked in two different immigration law offices. Up to this day, Marlyn has successfully represented many immigrants in deportation proceedings in Pearsall, San Antonio and Dallas Texas. She has also assisted several clients immigrating their family and helped many to become U.S. citizens.

As an immigrant, Marlyn understands the challenges that immigrants face when they navigate the U.S. immigration system. It could be an scary experience if you do not speak English or if you do not have all the information you need when you need it. Marlyn knows first hand how important your case is for you and for those who depend on you.